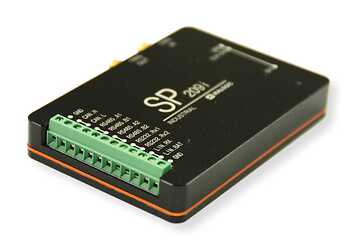 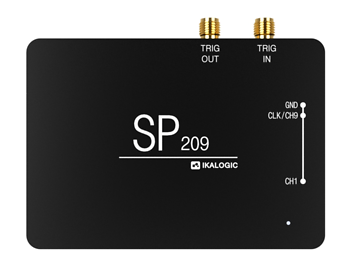 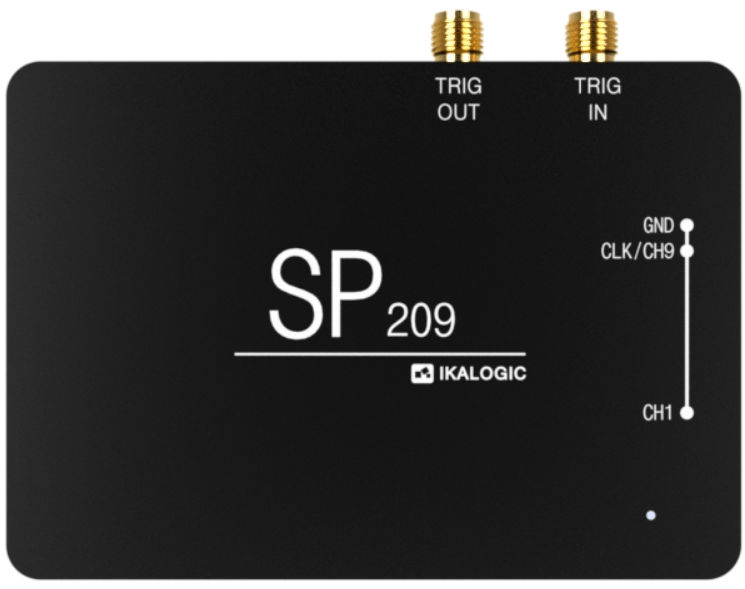 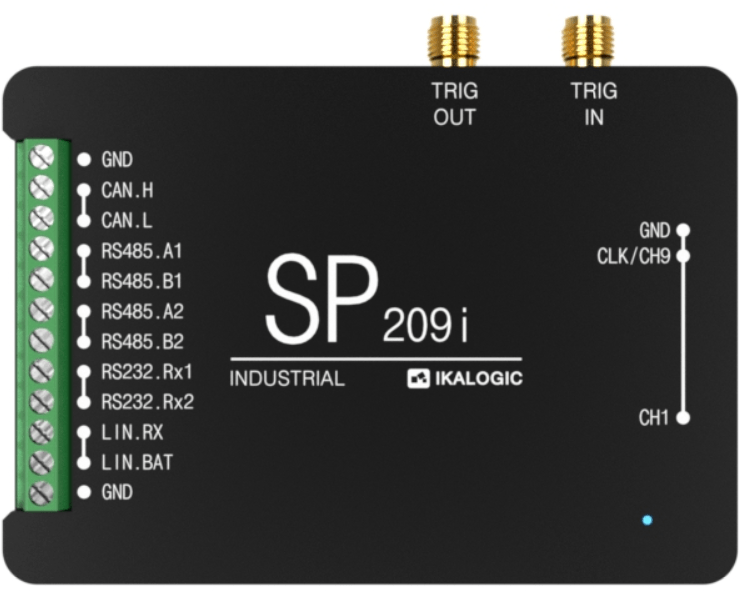 All standard features + Industrial features:
Logic channels can be multiplexed with dedicated industrial inputs that can be directly connected to:

Designed for performance, SP209 series logic analyzers offer the possibility to capture and analyze 9 channels of logic signals and industrial buses at a rate of 200MHz. This is perfectly adapted for demanding applications, where it is needed to capture logic signals with maximum resolution on all 9 channels.